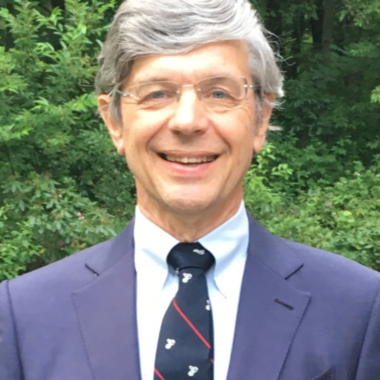 Professor Paul Van de Heyning is professor emeritus of ENT and Head and Neck Surgery at the Antwerp University Hospital and University of Antwerp, where he is still actively linked as a consultant. He has served as chairman and also as dean of the faculty. He was a founding member, former chairman and is now vice-chairman of the HEARRING group, which unites 27 comprehensive cochlear implant centres. He was the president of CI2018, the 15th International Conference of Cochlear Implants and other Implantable Auditory Technology. He is supervisor of 65 PhD theses and has published 590 papers.
His research focussed mainly on inner ear pathology and cochlear implantation. In particular with his team, he developed the application of cochlear implantation in single sided deafness and tinnitus. In-depth analysis was also performed on electric pitch perception and pitch matching experiments providing insights into neuro-cochlear functioning with a cochlear implant. He contributed to the hearing and structure preservation cochlear implantation surgery and organised many surgical workshops on EAS (electric acoustic stimulation). With his most recent research he was involved with the development of the HEARO robotic assisted cochlear implant surgery.